They brew it, they serve it, they know their beer. Brewpubs are popping up all over the city, but the amount of selection can get a little bit dizzying. We’ve narrowed it down to the 16 best places do get your fix of exceptional craft beer whether you’re in Downtown, Rosemont, or anywhere in between.

Top 16 Best Brewpubs & Breweries in Montreal: they dish it out, and make it too

Do you love beer? Love Montreal? Love Montreal beer? Here’s a solution: check out our picks for the best brewpubs in Montreal. Each of these bars on its own is a fun place to spend an evening. Their art though, lies in making their own beers so you can get a real sense of the local flavours and have the opportunity to try some more daring brews. We’ve organized our brewpub recommendations by area, so its easy to organize a bar crawl or two…

At these downtown spots, the only thing you’ll need to take seriously is what beer you’re having next

Beer is the most important thing at Le Saint Bock. They’ve got a changing selection of over 40 beers on tap, 20 of which they brew themselves, as well as one of the largest collections of bottled beer in the country that you can order from their nearly phone-book sized ‘beer bible’. Once you’ve picked one of their 500 imported beers, or tried a flight of their home brews, order a delicious pub snack such as poutine made with beer, and you’re in for a good night. You can have fun in the fresh air on their St. Denis patio, or root for your favourite hockey team inside. saintbock.com

L’Amère à Boire opened in 1996, and its been flourishing since. It’s still one of the only breweries to make both ales and lagers, and serve a nostalgic Czech brew called Černá Hora, among its other unique, quality beers. Spread over two floors, and with two terraces, the place always has a relaxed and friendly atmosphere, not to mention delicious food such as their esteemed rabbit burger. amereaboire.com

This brewpub’s Sherbrooke location is perfect for a lively 5 à 7, surrounded by regulars. Their approximately 10 beers brewed on site are sure fire crowd pleasers, and the variety leaves something for everyone. If you’re into them, we recommend you try one their excellent IPAs. Until 11pm you can even take some of the beers home with you in a growler, or hang out on their patio and watch the city streets go by. brasseriebenelux.com

Want to try all three of the places we just listed? Look no further than the Montreal Brewpub Experience Craft Beer Tour, which will take you to these delightful brewpubs, where you can try a selection of the most special and spectacular beers from each bar, along with some tasty bites such as poutine, charcuterie and nachos. Along the way, you’ll also get to learn more about the brewing process, how to properly taste and pair beer, as well as some of the history of Montreal and its colourful past through the times of prohibition and beyond.

In 1987, Le Cheval Blanc became the first fully licensed brewpub in Montreal, so you have them to thank for all this home made deliciousness. Enjoy a well made beer that’s not over the top, and tune in to their hi-fi sound system to hear some great music that won’t overwhelm your conversation. The family business dates all the way back to the 50s and so does the bar’s authentic decor so you’ll feel right at home when you step into this cornerstone of the Montreal brewpub scene, and see where it all started. lechevalblanc.ca

Where beer-lovers and party-lovers meet, you’re sure to have a good time

This brasserie does it all, and so well. Not only can you try a wide selection of their delightful beers, which they brew in house, and you can also have a delicious lunch, weekend brunch or dinner – or do both! Everything they serve just seems to get rave reviews, IPA to stout, to pilsner, to brunch. The atmosphere is cozy and casual, without the attitude of many bars in the area, and if you sit on the second floor patio you can see the stars as you sip your way through the menu. reservoirbrasseur.com

Pit Caribou brings a taste of Gaspé and the Quebec coast to Montreal, the menu features beers from their microbrewery and from some other friends out East, as well as other Quebec alcohols. They also serve authentic Gaspé snacks, which features lots of fish and cheese, the perfect accompaniment to their several types of ales. If you’re into trying out something a bit more extreme: their Organic Espresso Stout gives you the energy of two shots of espresso. Whatever your preference, you won’t want to miss these special East Coast brews. pitcaribou.com/montreal

Ok, so it’s not quite a brewpub, but it’ll be easy to forget once you get inside. Darling’s meticulous and charming decorations speak volumes, they’re channeling a 30s art deco and steampunk beer-house vibe, but they’ve got beer and cider on tap. 11 of them, to be exact, including three beers from Shawinigan microbrewery Trou du Diable and three ciders – a rarity. They also serve coffee starting right at 8am, so you can stay in the lush, plant filled space all day, and they’ve got a couple snack foods to order too. instagram.com/bar.darling

Here, you can find the most artists and the best beer in Canada: steep yourself in the area’s creative energy

Dieu du Ciel! sells their beers in some stores, too, but you won’t want to miss out on the experience of sitting down at their cozy neighbourhood brewpub, which is always packed with locals on weekends. They’ve got nearly 20 of their brews on tap, and have really taken the specialty beer world by storm with their unique recipes, including one with mint and another with Belgian hibiscus wheat. If that’s not enough, Ratebeer.com has voted it Best Brasserie in Canada for a decade, and their Péché Mortel Bourbon was voted Best Beer in Canada, so it’s definitely a good place to start.  dieuduciel.com/en/montreal-brewpub

This place just opened across the street from Dieu du Ciel a year ago, and now you can easily try two brewpubs in one night! Siboire has got a more robust selection of food, from pizzas to salads to fish & chips, cool vibes. It’s popular, but big, so it can handle all the demand. They constantly rotate their selection of beers, so you can come back and try something different. You can even visit their other locations for a different menu, as well as their own Depanneur if you drink beer at home, too. siboire.ca

The name HELM stands for the ingredients of beer: Houblon (Hops), Eau (Water), Levure (Yeast) and Malt, embodying their straightforward approach to brewing. The microbrasserie is the perfect place for a chill drink with friends as you sip their home-brewed beer (named after Montreal streets), Quebec cider, or American wine. You can also chow down on juicy burgers, and other snack foods, all in the comforting setting of an unpretentious local bar. helmmicrobrasserie.ca

Isle de Garde is definitely one of the best brewpubs in Montreal. Its cozy and close to the Beaubien metro stop, but you might want to come early to make sure you get a spot. They serve comfort foods, one of the best burgers in town, and many vegetarian options too. The beer menu, which has their own brews and ones from other local brasseries, is organized by serving temperature. It ranges from light to dark and also spans traditional to whacky. The terrace is superb too – this is a stop not to miss. isledegarde.com

Mabrasserie is not simply a brewpub, but a beer co-op that serves beer from seven local breweries. Their own beers tend to take center stage, especially the Tribale IPA, and are available for purchase on-site too; you can take your good memories home in cans, and the patio of picnic tables will give you that authentic Rosemont feeling. Not only can you eat and drink there, Mabrasserie also serves as a hub for teaching and sharing information about the brewing process, and they even have classes on how to do it yourself. mabrasserie.com

A brewery, a restaurant, and a bar… but here’s the best news: they have a lunch buffet and the kitchen is open until 2 am so you won’t go hungry as you work your way through the selection of artisanal beers that they have on tap. Harricana, dressed in a chic tavern vibe with white tile floors and pastel-pink chairs, simply has delicious food, great service and really good beer – you can’t go wrong! brasserieharricana.com

The’ve only got a couple of their own beers, but with 40 different ones on offer, you won’t be disappointed. Vices & Versa is a one stop shop for the beer lovers of Montreal: they serve beer from several of the local breweries in this list including Pit Caribou, Brasserie Harricana and Dieu du Ciel, as well as some exclusives from the owner’s other business Brasserie Dunham, a brewery in a small Quebec town of the same name. Their terrace is also pretty spectacular, surrounded by greenery it’s the perfect place to relax this summer. vicesetversa.com

A gem tucked away in Rosemont, Brouhaha is often hidden from tourists, but its worth a visit for a real local experience, whoever you are. Their poutine is top notch, its a great place for hockey or to talk about left-wing politics. In the spirit of all these brew pubs, they serve a perfect balance of their own beers and some from other excellent local breweries. Instead of getting fancy, Broue Pub Brouhaha has managed to retain the feeling of a local pub that simply serves as a meeting place with quality food and drink. brouepubbrouhaha.com 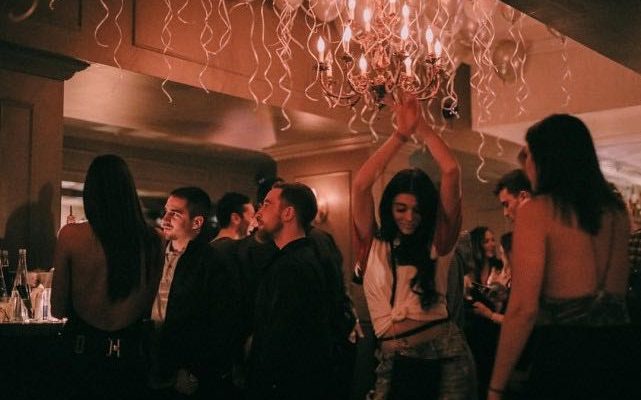 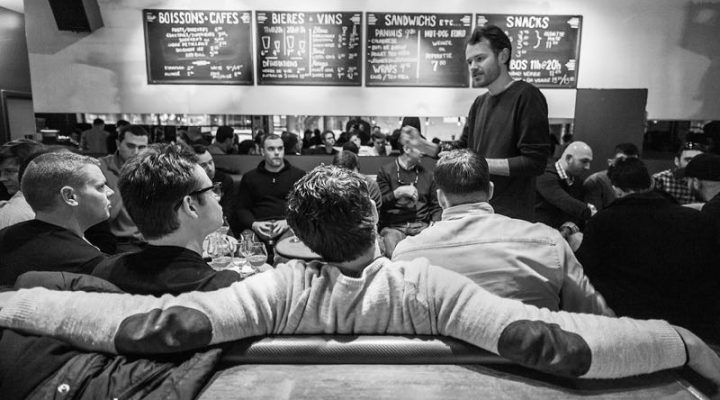 Find us on the web


Get the latest news and promo

The tour includes 7 artisanal beer and food tastings like a decadent poutine and culinary creations made fresh daily.